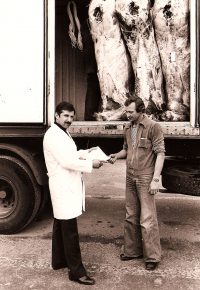 Giuseppe Cremonini was born in Savignano Sul Panaro (near Modena) on 9th February 1942. His father was a small livestock dealer and his mother a housewife.
His success history began in the early 60s, when the twenty-year-old Giuseppe was working as the manager of a butcher’s shop in Castelfranco Emilia, near Modena. At that time, the post-WWII economic boom was driving the development of the food industry and growing meat consumption created a demand for quality offering. Giuseppe, his brother Luigi and their partner Luciano Brandoli founded Company IN.AL.CA. (the name is formed by the abbreviations of the Italian meat / food industry), that was to become a European leading brand for beef meat.
Back in those days, everyone involved in the company would put their hands to any job that was required: from slaughtering and boning, to loading and unloading goods, driving delivery vehicles, etc… Some times, they would stay up all night to ensure goods would be delivered on time the following day.
Later, as the company grew, task assignment became more accurate, although significant decisions were still made jointly
In the mid-Seventies, the meat business was witnessing significant growth, and IN.AL.CA. set foot in other sectors outside its core business, that offered attractive synergistic effects and a potential for integration: catering, food service, mineral water, sausages, spices, food oils.
This is how the IN.AL.CA. Group – later renamed CREMONINI Group – grew to achieve a turnover of nearly 1,300 million Euro in the early 90s. The Group’s size turned management into an increasingly complicated task.
Over time, the Cremonini brothers developed two diverging visions of the business and eventually agreed to part ways.
Giuseppe took over real property estates and Company Olitalia, a leading brand in the olive and vegetable oil packaging industry, and – after evaluating several opportunities in the food industry – acquired a major stakeholding in Company Italpizza, a manufacturer of top quality frozen pizza, that was later sold in 2008.
The gem in Giuseppe’s entrepreneur’s career – the Acetaia that bears his name – was born in 2007.
Giuseppe Cremonini passed away in 2008 and his children Angelo, Camillo and Elisabetta supported by their mother, Mrs. Luisa, have taken over the reins. 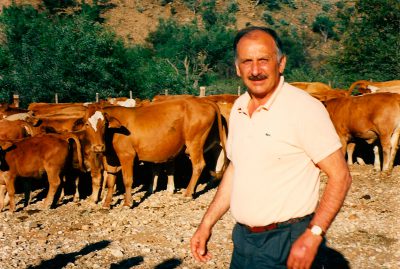 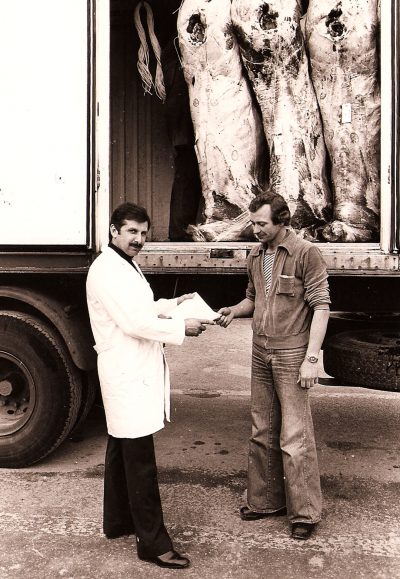 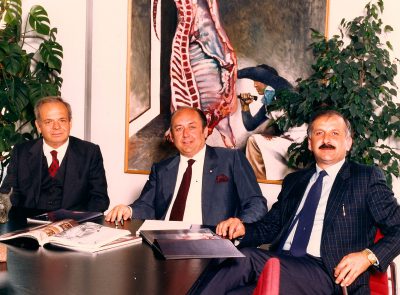 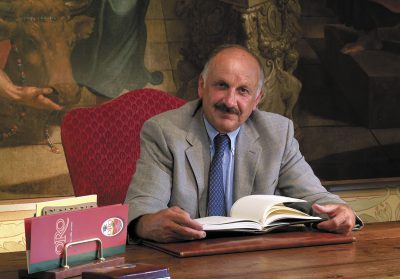 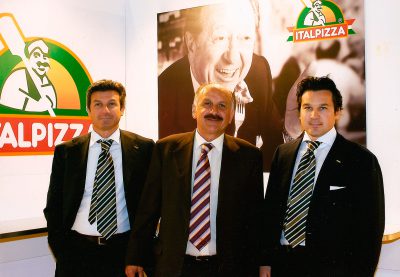